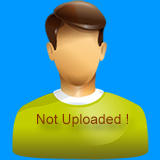 Brief Introduction of the Department

The Department of English, Diamond Harbour Women’s University, was formed in 2014 when the institution commenced its academic activities, thus taking pride in being one of the earliest academic departments. Over the years, the Department has grown exponentially, forming its Board of Studies in 2016 and Board of Research Studies in 2018. The catchment area of the Department has also grown by leaps and bounds: expanding from the immediate vicinity that housed the first few students of the inaugurating batch, the Department now attracts students not only from various corners of West Bengal but also beyond the state.

The Department of English, DHWU, is committed to creating a hospitable environment for academic affairs beyond the stipulated curriculum by providing the students with exposure to eminent scholars. The thrust area of research in the department includes Victorian Literature, Neo-Victorianism, Dalit Studies, and cultural transactions in colonial Bengal / India.

In November 2018, the Department organized a one-day symposium in collaboration with the Centre for Victorian Studies, Jadavpur University, to commemorate the birth of Emily Brontë, the first of its kind in India, which attracted seminal papers nationwide. The Department has also hosted Talks and Special Lectures by numerous visiting speakers and subject-experts.

Extension activity by the department:

The Department undertook its first Social Outreach Programme on the 26th November 2018. The PG Sem-III students visited Drishti, a school for children with learning disabilities. The interaction with the special children and the talk delivered by Susmita Nag, the Principal and Special Educator, motivated some of them to pledge to become future volunteers at the organization to make the lives of these children better.